We're one month into the Unstuck podcast and the star guests are coming hard and fast! The Unstuck podcast series is hosted by Clive Sirkin and the objective of the show is to find ways to refocus our minds and simplify work, consequently unlocking our true talents and abilities. We have put together an impressive schedule of guests and we didn't waste any time in getting stuck in to our first episodes!

Becoming a Billionaire with Pete Dulcamara

Pete is the Chief Scientist at personal care company, Kimberly-Clark. In a recent TEDx talk, Pete introduced his alternative concept for a 'billionaire' and 'humanity-centric innovation'. In an engrossing chat with Clive on Unstuck, Pete explained these concepts at length and why they're so important in the modern world.

Pete also lamented the fact that "Managers spend so much time analysing performance and  top talent via statistics, forgetting that human potential far exceeds basic numbers." This leads us into Pete's human potential formula 'P = P + E - B'. Find out what each element means and how this formula has guided Pete and Clive throughout their careers!

Restoring the soul of business with Rishad Tobaccowala

Rishad Tobaccowala needs no introduction for anyone that works in the marketing or advertising space. A giant in the agency sphere, Rishad recently served as the Chief Growth Officer of Publicis and has published countless articles and several books on leadership, culture, and business. He advises listeners to 'constantly reinvent yourself by doing new things, ideally in a area where you have skills.' and stay humble as 'you begin to empathize with others as you realise you don’t know everything.'

Rishad places great importance on culture as a foundation for success. When speaking about his book 'Restoring the Soul of Business', he reminds the listener that "Life is a journey through time in search of meaning. Therefore, you need to find meaning at work." Rishad thinks the modern company needs to sell itself to it's workers and prospective employees, rather than the other way around. He reinforces this belief with an interesting comment on what is happening in many industries today "Many companies are asking ‘how do we get people back to the office’. It’s the wrong question. We should be asking ‘how do I get people to care about work?’".

'Be Helpful' with Amanda Lannert

Amanda is the CEO of Jellyvision, a company that has pivoted 'successfully several times and unsuccessfully a thousand times' in the words of their charismatic CEO. Jellyvision began as a gaming company but transitioned into a benefits software vendor following the slow death of the CD-ROM business in the noughties. While trying to design a mission statement for Jellyvision, Amanda ended up in many dead ends with complex and technical descriptions that may have provided more confusion than clarity. In the end, they settled on the mission of 'Be helpful'. Amanda explains how this guides everything at Jellyvision and why you should always start with profiling your ideal employee when trying to articulate your company's philosophy.

Amanda also remarks how 'Getting unstuck becomes an issue when you scale – going from playing offence to playing defence. You can start focusing too much on competitors and forget about your customers." In this episode we also learn how culture is vitally important to be able to pivot and why "culture is a consequential output of leadership behaviours." 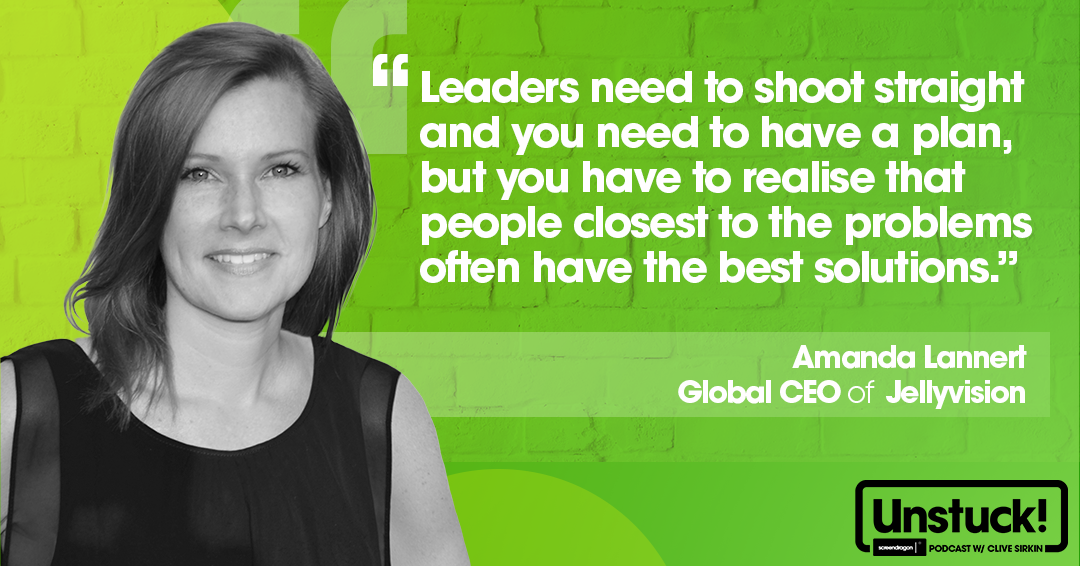 The Pep Room with Jon Peppiatt

Jon Peppiatt is a legend in the agency world but his journey began in humble circumstances. 'Pep' joined the world famous BBH London agency as a post room worker but went on to become the Chairman in 2015. Jon retraces his steps in BBH and gives a great insight into agency life at one of London's most dynamic studios. He recalls how not so long ago, the approval process in an agency involved running after leaders through hallways and canteens trying to get their signature and sign off. This is in stark contrast to the modern agency where Jon believes "we ran their creative lives for them" with "processes that liberated creativity". See how Jon removed stress and distractions from his creative teams and hear about a wonderful place called 'The Pep Room' in BBH's famous London office. 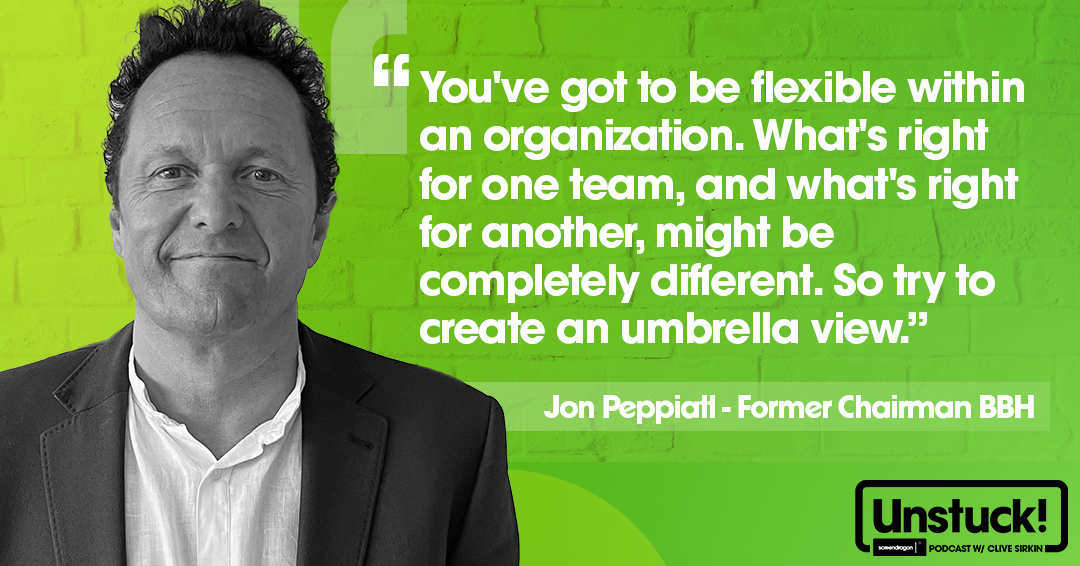